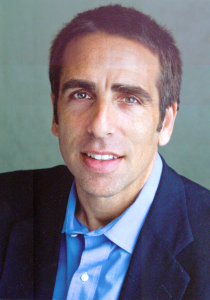 Today’s health care system is making it increasingly difficult for patient advocates to receive the care they are seeking for their loved ones.

On May 31, 2002, 18-year-old Brenden Flynn was involved in an auto accident and suffered a traumatic brain injury. He was med-flighted to a hospital in Syracuse, New York.

Shortly thereafter, he was transferred to Park Ridge Hospital near Rochester, where doctors notified his mother, MaryJo Flynn, that Brenden had a zero chance of recovery or having any meaningful “quality of life.” They suggested ending his life.

If Brenden were to survive, his doctors said, he would be in a nursing home for the rest of his life. Brenden’s mother, not wanting to make the decision to end her son’s life so quickly, asked the doctors to continue treating him.

On September 9, 2019, 20-year-old Brandon Fuller was involved in an auto accident and experienced a traumatic brain injury and was med-flighted to Sanford Medical Center, located in Bismarck, North Dakota.

Shortly thereafter, doctors informed his mother, Amanda King, that Brandon was “brain dead” and had a zero chance of recovery or any meaningful “quality of life” and suggested ending his life. Brandon’s mother, not wanting to make the decision to end her son’s life so quickly, asked the doctors to continue treating him.

Brenden Flynn was afforded more time. Today, Brenden is happily married to his wife of ten years, Nicole, and they have four beautiful children.

In response to the death of my sister, Terri Schiavo, in March 2005, my family established the Terri Schiavo Life and Hope Network, which provides a 24/7 National Crisis Lifeline service for families to call if a family member or at-risk patient is having life-sustaining care either denied or withdrawn. Since its inception, the service has assisted on average nearly 20 patients and families in crisis per month, including Brandon Fuller’s mother.

Sanford Medical Center refused King’s request for additional time after the hospital’s ethics committee agreed with their doctor that Brandon was not going to improve. As a result, within a week of Brandon’s brain injury a day and time were scheduled to remove his ventilator. However, Brandon died before this could take place, as a consequence of the hospital’s refusal to treat his blood pressure, which was unstable due to his medical condition.

According to King, from the moment she arrived at the hospital, clinicians were mostly insensitive and hostile, unwilling to do anything that she felt would help her son, including treating his erratic blood pressure. The hospital even refused to afford her any time to locate a facility that might consider a transfer. As an alternative, King was approached about harvesting her son’s organs, which she refused.

This is not the first example of a surrogate being denied the life-affirming care he or she is seeking for the patient, even if the request is as simple and reasonable as asking for more time, believing that the decision to end their loved one’s life—only a few days after their accident—is an irresponsible rush to judgment by doctors.

They are not alone. Recently, the American Academy of Neurology (AAN) published new guidelines disagreeing with current intensive care unit practices, claiming that these practices are based on flawed and outdated information. The AAN states, “discussing prognosis with caregivers of patients with a disorder of consciousness during the first 28 days post-injury, clinicians must avoid statements that suggest these patients have a universally poor prognosis.”

More importantly, the AAN states, “accurate diagnosis and evidence-based continuing medical and rehabilitative care may offer the best chance for recovery from these disorders.” In other words, ending the life of a patient within a week of them experiencing a brain injury contradicts the new AAN recommendations.

The origins of these new guidelines may come from the years of research by Dr. Adrian Owen and Dr. Joseph J. Fins who both agree that, more than anything an injured brain needs time to heal. Their research has exposed that reassessment of current treatment protocols for persons with brain injuries is long overdue because the brain has the remarkable capability of healing itself by what is referred to as neuroplasticity.

Fins wrote in the Houston Chronicle: “Despite a growing scientific appreciation that injured brains need time to heal, the number of patients who gain access to specialized neuro-rehabilitation has decreased over the past decade. Most end up trapped in nursing homes, where they are often misdiagnosed. Upward of 40 percent of patients thought to be vegetative after traumatic brain injury are actually minimally conscious. It is a staggering error with dire consequence that would be unacceptable anywhere else in medicine.”

Certainly, whether it’s the decision of hospital administrators, insurance companies, or the doctors, today’s health care system is making it increasingly difficult for patient advocates to receive the care they are seeking for their loved ones. This is not the way it should be.

Families enduring the emotional trauma of a life-or-death crisis of a loved one should be able to trust that they will be listened to by doctors and reasonably accommodated when asking for more time before making an irrevocable decision. In fact, doctors are duty-bound to provide all potentially efficacious treatments that might help with the patient’s recovery.

As a culture of death mindset seems to be growing in health care, trust in our health-care system is growing increasingly tenuous. With billions of dollars at stake in the costs of care and organ donation, doctors must be especially careful not to abandon patients with serious brain injuries. That is both good science, as recent research demonstrates, and in keeping with the Hippocratic oath of “do no harm.”

Otherwise, stories like Brenden Flynn’s will become increasingly difficult to find.Bobby Schindler is president of the Terri Schiavo Life and Hope Network.