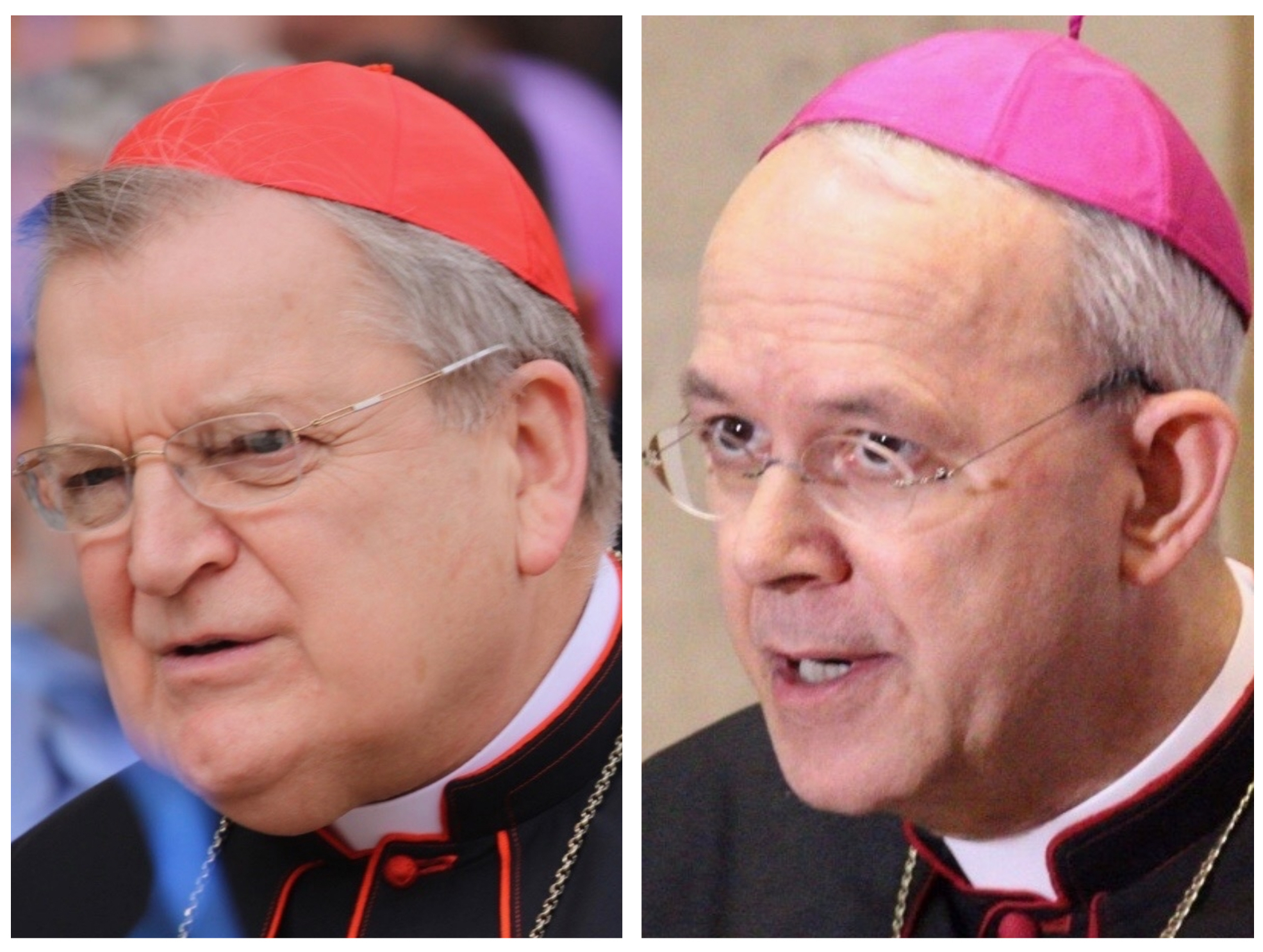 Citing “serious theological errors and heresies” in the Amazon Synod’s working document, they call on the faithful to pray and fast over a 40 day period to prevent such errors being approved.

Cardinal Raymond Burke and Bishop Athanasius Schneider have issued an eight-page declaration warning against six “serious theological errors and heresies” they say are contained in the Amazonian Synod working document, and calling for prayer and fasting to prevent them being approved.

Cardinal Burke, patron of the Sovereign Order of Malta, and Bishop Schneider, auxiliary of Astana, Kazakhstan, have also published the appeal so Pope Francis may “confirm his brethren in the faith by an unambiguous rejection of the errors” in the working document.

They propose that clergy and laity “pray daily at least one decade of the Holy Rosary and to fast once a week” for such intentions over a 40 day period, from Sept. 17 to Oct. 26.

The working document, called an instrumentum laboris, is meant to guide discussions during the upcoming Oct. 6-27 synod of bishops whose theme is: Amazonia, New Paths for the Church and for an Integral Ecology.

But the text has received some trenchant criticism since it was published in June from “various prelates and lay commentators, as well as lay institutions.” Most notably they include Cardinal Walter Brandmüller, president emeritus of the Pontifical Committee for Historical Sciences, and Cardinal Gerhard Müller. prefect of the Congregation for the Doctrine of the Faith.

One particularly contentious area concerns the subject of priestly celibacy. In their declaration, Cardinal Burke and Bishop Schneider ask that the Pope not approve the “abolition” of priestly celibacy in the Latin Church through the ordination of married men of proven virtue, the so-called “viri probati”.

The working document proposes discussion of such a measure to help bring the Eucharist to faithful in remote Amazon areas that are without a priest. Critics are concerned about such an innovation, in particular that it could undermine mandatory priestly celibacy universally by being latterly applied to all areas suffering from a shortage of priestly vocations.

The American cardinal and Kazakh bishop write that they believe it is “their duty to make the faithful aware” of six “principal” errors “being spread through the instrumentum laboris.”

The first they list is “implicit pantheism” — the identification of God with the universe and nature where God and the world are one — which they say is rejected by the Magisterium.

Citing Church documents, the two prelates state the Magisterium rejects such “relativization” of God’s revelation, and instead “affirms that there is one unique Savior, Jesus Christ, and the Church is His unique Mystical Body and Bride.”

Thirdly, they cite as erroneous the theory contained in the document that “aboriginal people have already received divine revelation, and that the Catholic Church in the Amazon should undergo a ‘missionary and pastoral conversion.’” The Magisterium rejects such a notion of missionary activity as “merely intercultural enrichment,” they argue, and that inculturation is primarily about “evangelization” that makes the Church a “more effective instrument of mission.”

Fourthly, they criticize the working document for its support of “tailoring Catholic ordained ministries to the ancestral customs of the aboriginal people, granting official ministries to women and ordaining married leaders of the community as second-class priests, deprived of part of their ministerial powers but able to perform shamanic rituals.”

“The Magisterium of the Church rejects such practices, and their implicit opinions,” the prelates state, and draw on a number of Church documents including Pope St. Paul VI encyclical Sacerdotalis Coelibatus and Pope St. John Paul II’s apostolic letter Ordiniatio Sacerdotalis, to underline their point.

Fifthly, they state that consistent with the document’s “implicit pantheistic views,” the instrumentum laboris “relativizes Christian anthropology” by considering man “a mere link in nature’s ecological chain” and “socioeconomic development as an aggression to ‘Mother Earth.’” The Magisterium rejects such beliefs that man does not possess “a unique dignity” above “material creation” and the “technological progress is bound up with sin,” they state.

Lastly, they warn against what the working document calls an integral “ecological conversion” which includes “the adoption of the collective social model” of aboriginal tribes, where “individual personality and freedom are undermined.” The Magisterium, the two signatories say, again “rejects such opinions” and they go on to quote from the Compendium of the Social Doctrine of the Church.

In conclusion, Cardinal Burke and Bishop Schneider say these “implicit and explicit” errors are an “alarming manifestation of the confusion, error and division which beset the Church in our day.”

They add that “no one” can say they were not aware of the “gravity of the situation” and so excuse themselves from “taking appropriate action” for love of Christ and His Church.

Given such a threat, they call on “all members” of the Church to “pray and fast” for her members “who risk being scandalized, that is led into confusion, error and division” by the synod text.

They write that “every Catholic, as a true soldier of Christ” is called to “safeguard and promote the truths of the faith” lest the synod bishops “betray” the synod’s mission which is to assist the Pope in the “preservation and growth of faith and morals.”

And recalling that Blessed John Henry Newman will be canonized during the synod, they reference two of his writings in which he “warned against theological errors similar to the above-mentioned errors in the instrumentum laboris.”

They close by calling on the Blessed Virgin Mary and the intercession of missionary saints to the indigenous American people to protect the synod’s bishops and the Holy Father “from the danger of approving doctrinal errors and ambiguities, and of undermining the Apostolic rule of priestly celibacy.”

Click on image below for full text of declaration.